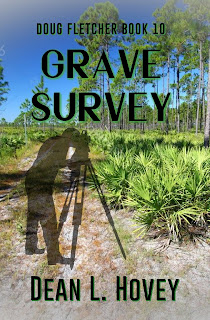 Although it's hard to top Dashiell Hammett's "The Thin Man" characters, Nick and Nora Charles, the prospect of using a husband and wife team as co-protagonists was intriguing. Not that I planned it.

I've probably explained my somewhat chaotic writing process. Ideas bounce around inside my head until they start to form patterns. At that point, I dive in and write an opening chapter. Following that, I create a rough outline (that I may or may not consult as I write), then I write an ending. That's the organized part of the process. Then the characters take over. When the dialogue flows, the plot and story go in unexpected directions.

I was on a mystery conference writer's panel discussion with Monica Ferris (Crewel World and A Stitch in Time). Monica explained that her characters had taken over a manuscript. To regain control, she'd shredded 100 pages, then had a stern discussion with her protagonist about who was the writer and who was the character.

At the time I thought Monica, who is a flamboyant character in her own right, had a screw loose. Over the years, I've learned to listen to the voices of my characters. They often have an interesting twist, revealed through their dialogue, that wasn't part of the outline. Those twists take my often linear outlines, adding branches, subplots, and sometimes adding characters who add richness to the story.

So it was with the Doug Fletcher mystery series. In Stolen Past, Doug, a retired detective, is working as a part-time National Park Service ranger. He's drafted by his supervisor to initiate a murder investigation when the FBI declines to pursue it. Doug's female superintendent, happily leaves him free rein to pursue the investigation, asking only for a daily update so she can answer her boss's questions. Their professional interaction grows into professional respect and friendship. I had no intention of carrying Superintendent Jill Rickowski beyond the first book. Then Jill started talking to me. She pointed out that her comfortable friendship with Doug Fletcher offered me me the opportunity to take the Washed Away plot in ways I hadn't envisioned.

One of the Doug Fletcher Mysteries fans sent me an email that summed up the comfortable relationship between the main characters. "Doug and Jill are people I'd like to invite over for a beer and discussion." Another reader put it differently, "I wish Doug and Jill were my relatives."

In Grave Survey (BWL Publishing, January 2022) their unique and individual skill sets play off each other when the Fletchers are thrown into the foreign southwest Florida environment. In a place where police are mistrusted, and federal officers (like National Park Service Rangers) are hated, they're assigned the task of finding two missing surveyors who've been platting oil drilling leases in Big Cypress National Preserve. Fletchers find themselves seeking answers in a place where the local residents often show open contempt when questioned.

What would you do if a homeowner met you at the door with a shotgun? You'll see Doug and Jill's response in Grave Survey.