My Poetry Moment by Joan Donaldson-Yarmey 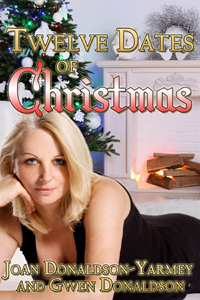 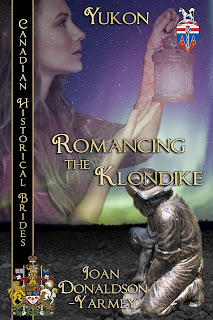 Over my writing career I have had articles, short stories, travel books, and mystery, young adult, and science fiction novels published. And one poem. When that one poem was accepted for publication, I felt I had taken my writing to another level. I decided, though, that my contribution was going to be different, that I was going to take the poetry community by storm. I wanted to make my mark, to stand out in the poetry world. And to do that I came up with a new poetry sub-genre that I called Script Poetry. Just like a movie script I set up the scene and the tone for the poem and give some background of the story in the poem by using a script layout. It made the whole poem more visual and that way I could get right to the meat of what I wanted to say.

I enthusiastically sent out my script poems and waited for the accolades to come in.

Surprisingly, the publishers were not as galvanized about this new style of poetry as I was. No one accepted them for publication.

But never underestimate the power of a script poet scorned. At the same time as I was planning my burst onto the poetry stage, I was writing my mystery novel "The Only Shadow In The House," the second book of The Travelling Detective Series. I gave one of my characters the career of a poet and her specialty was Script Poetry. Needless to say the publishers and critics in my fictional world were highly impressed with the poems. The poetry was very popular with the reading public and the poetress won many awards.

To quote from my book: One critic wrote that her poems have an innovative, revolutionary style that is shaking the foundations of the conventionally staid poetry community, while another critic called them insightful and powerful.

I have taken one of the script poems from that novel for you to judge for yourself.

Fade In
Act One
Exterior-Farm House-Night.
There is snow on the ground. Stars twinkle in the clear, night sky. A vehicle pulls into the yard and a woman climbs out. She stares at the house then takes a deep breath. She releases it in a vapour. With slow tread she climbs up the steps and enters the darkened house. Inside, she stops and listens.

There is no noise in my house, it is dark and silent.
Today, I buried you. Is this what it is like in your grave,
total quiet, total darkness?
I flip on the light and wander the house
looking at the possessions that
represented a life that never existed,
except in my own mind.
This has been our home for nineteen years
but it now feels alien to me.
Because from now on I know that mine
will be the only shadow in the house.
I must leave here soon.

End Act One
Fade Out

Fade In
Act Two
Interior-Farm House- Night.
All the lights are on in the house. The woman is in the kitchen. She pushes over the shelving holding plant seedlings and pots. She heads to the dining room and goes to a china cabinet with no doors. All the shelves hold figurines and dishes and knick knacks. They crash to the floor with a sweep of her hand. The ones that don’t break, disintegrate under her foot.

“Damn you, Ben. Damned you to hell!” I yell.
I want you to hear. I want you to know
the sorrow and the pain you have brought me.
I go from room to room, expunging.
I spray your shaving cream on the walls.
I dump your aftershave in the tub.
I grab a knife and shred your clothes.
Finally, there is nothing of yours left.
I feel some satisfaction.
You destroyed my life and now I have
destroyed everything that represented yours.
“There you bastard,” I say. “Rot in hell.”

Fade In
Act Three
Interior-Farm House- Night
The woman is standing in front of a picture on the living room wall. The furniture and floor are littered with debris. She takes the picture off the hook and stares at it a long time.

I find our wedding photograph on the wall.
I’d had it enlarged for our tenth anniversary
as my loving gift to you.
Were you as pleased as you said you were
or was that just a sham?
I smash the glass against the corner of the table.
I cut my finger removing the shards.
I look at you smiling back at me.
Were you an impostor in our marriage?
For now I wonder how many other
women did you see over our nineteen years.
I slash the picture with the knife. How symbolic.

Posted by Joan Donaldson-Yarmey at November 24, 2021