Mother's Day was Yesterday but I'm Still Gonna Talk About It! by Vanessa C. Hawkins 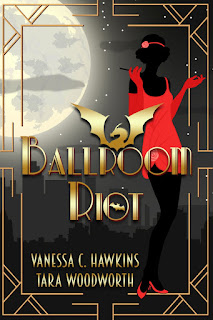 So Mother's Day was yesterday and I'm a mom. Since I usually write my blog posts the day before, I bet you can already tell that this will be the equivalent of the present day filler episodes you always groaned about when you would tune into your favorite TV show for the evening way back when tv guides were a thing they printed in newspapers. Back then--God, I'm getting old--we had to endure all sorts of stuff, cliffhangers, commercials! and the occasional patchwork of show summaries told through flashbacks mid seasons.

But some of you may want to know what I did this weekend. And if that's the case then you're in for a treat because I can honestly say that my Mother Day's escapades were so darn exciting that they left me with a very sore bum.

We went horseback riding! Actually we went glamping at a little ranch and they offered horse rides. It was fun! I had a little black horse named Ray and my husband got a much bigger horse named Blake. Now, I HAVE went horseback riding before, I'm not completely green, however, it was a long, LONG time ago... like longer than the lines at Disney World, or longer than grandpa's toenails or... *wait for it* longer than we've been waiting for George R. R. Martin to pen and publish Winds of Winter...

So my bum got sore from all the trotting we did. In case you never noticed or knew, I have a small bum, with not much padding, and so I'm pretty sure I wore down my arse to my bum bones. Baby got back, I do not. Fat bottom girls... well, I defintiely don't make the world go round. 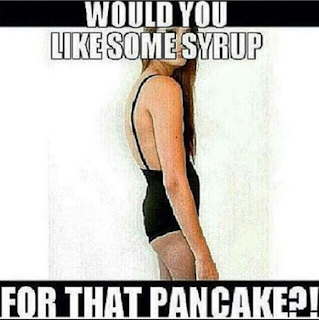 We also got to stay in a lighthouse, which is where the glamping aspect comes in. I don't really enjoy camping as a rule. I hate sleeping in a tent and waking up soggy from all the humidity, but this was a nice little cabin-esk feel with a bed and running toilet and a view to die for all packaged in a thing that quite closely resembled a lighthouse. We ate lots of hotdogs, went hiking, and had a relaxing weekend. Which, if you're a mother you REALLY begin to appreciate after having a little one. Pre-kid me might have been bored out of their mind, but mom me was like...

I also have great news! Which you will probably hear about more next month but if you managed to read down this far then WHOOT! You get to know first!

One of the stories I have been working on won second place in the David Addam's Richard Prize for fiction! It's hosted annually by the Writer's Federation of New Brunswick, but as part of my cash reward I am also invited to a gala to do a reading! Yay!

It's pretty bewildering to me actually, because if you've read my earlier blogs you'd know that I was skeptical about winning in the first place. Why? Because the piece I submitted is pretty adult. And in general, adult themed books are not always taken seriously.

I know, I know, you wanna know what it's about, but I can only give you a clue because, well... stuff!