With This Ring by Victoria Chatham 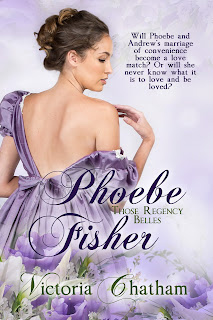 Here we are in June, the traditional month for weddings. Who doesn’t love a wedding?

As a romance writer, both historical and contemporary, my books invariably have a wedding in them, either actual or implied. But from where did the tradition of weddings and rings originate?

In ancient Rome, June 1st was a traditional date for a wedding because it was the day to celebrate Juno, the goddess of marriage, childbirth, and feminine vitality. The wife of the god Jupiter, she was also the protectress of Roman women. Wherever the Romans invaded, their gods and goddesses went with them, so it is unsurprising that June became a popular month for weddings throughout Europe and England.

Back then, personal hygiene was next to non-existent, with bathing considered to cause disease rather than prevent it. The nobility might bathe two or three times a year, while the peasantry might only bathe once yearly to get rid of their winter grime, usually in May. It then made sense to marry in June when everyone smelled better. The scent of the flowers that bloomed in June could mask any lingering or beginning body odours, so brides carried bouquets of sweet-smelling flowers mixed with herbs.

Pregnancy in the first few months of marriage was also a serious consideration. It meant that a wife would still be fit enough to help with the harvest that year and would have had the baby and therefore be fit enough to work in the fields the following year and after that. No such thing as a welfare state or maternity leave in those days.

As for the wedding ring tradition, we apparently have our heavy-browed ancient ancestors, the Neanderthals, to thank for that. They wove twigs or reeds into rings to symbolize commitment. Later, the Ancient Egyptians made rings from bone, ivory, wood, leather, or hemp. Rings were worn on the fourth finger of the left hand as it was thought the vein in that finger connected to the heart. Today science has disproved that theory, but romantically wedding rings are still worn on that finger. Eventually, wedding rings were made from metal and were known as ‘ring money.’ By law, once a woman accepted such a ring, she would then have a claim on her husband’s possessions, a far cry from later times when a woman’s wealth went to her husband.

The Greeks adopted the tradition of giving rings after Alexander the Great conquered Egypt, and then the Romans adopted the custom after they conquered the Greeks. The Romans were a little more romantic as they often marked their rings with the symbol of a key. Like the Ancient Egyptians, a ring indicated the woman’s right to her husband’s possessions, but the key indicated that she had unlocked his heart.

In Medieval England, getting married was often no more than an agreement between the bride and groom, with the groom giving his intended a ring with no clergy or witnesses involved. This meant that should a dispute arise, either party could dispute the agreement. In the 12th Century, the Christian Church declared marriage a holy sacrament and established the church ceremony.

During the Medieval period in England and Europe, the wealthy began to have rings made from gold, a token that showed a man’s promise was ‘as good as gold.’ To flaunt their wealth, prospective grooms offered their brides gold rings set with rubies representing passion, sapphires representing the heavens, and diamonds denoting steadfast strength. The earliest record of diamonds used in an engagement ring was in 1477.

Today rings for both bride and groom come in many different materials. Gold, white gold, and platinum bands can be embedded with precious stones or not, depending on the couples’ requirements. At one time, the groom gave his wife a ring. Men did not begin to wear wedding rings until WWII as a means of carrying their loved ones with them when they went off to war. Although weddings can and do take place during any month of the year, June is still a most popular month. Were you perhaps a June bride? others free downloads from Pixaby