What I learned writing my first novel, the ignorance of a beginner by Diane Scott Lewis 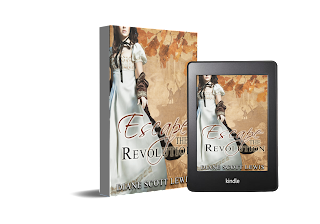 Escape the Revolution: "Simply brilliant" Historical Novel Society.
To purchase my novels and other BWL books: BWL
Never write a rambling saga with too many characters that's bursting at the seams at nearly 200,000 words!
I started writing as soon as I could put words on a page; I loved to tell stories. I even had a short story submitted to a literary festival from my high school.
Then I joined the navy, traveled to Greece, met a man and married. And we're still married.

Two children came quickly. I didn't start writing again for twenty years.
Then I decided it was time to dip in the pen, again. Or rather, sneak in writing on my work computer.
The Rude Awakening: I thought I knew everything about writing, but found I knew nothing.
Escape the Revolution, which went through many names and covers, was my first effort.
I rambled on in my story, chapters too long, describing everything, cramming in my stellar research, and the book grew huge. 170,000 words. Who knew there were page and word limits.

Or POV (point of view) restrictions. Everyone had a POV, even a dog or a horse. Thoughts hopping all over the place. Actually, I wasn't that bad in this regard. I've read other authors who made these mistakes.
Where would my story go? I only had a small notion but didn't want it to end, so on I wrote.
Then I bought books on writing and editing. Another shock. There needed to be plot, and structure; your character couldn't just wander on forever to the next adventure. They must have a goal, a conflict, to drive them on. Each person should have a solid POV, perhaps one per scene; but too many characters with 'thoughts' can get confusing. 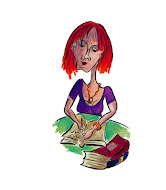 'Would', 'could', and 'should', must be used sparingly. Gerunds also should not be overused, all those words ending in 'ing'. So many things to avoid. Don't even ask about the much-maligned 'was'.
No double exclamations, heck, hardly any exclamations allowed.
Each scene must be its own structure with a beginning, middle, and end.
Passive vs. Active voice.
Plus, get that research correct if you write historicals. You don't want any Tiffanys wearing bloomers in the18th century.
Develop your characters, even the minor ones; what is their background, their goals? Even the villains need 'reasons' why they act they way they do.
Action, Reaction, Decision. 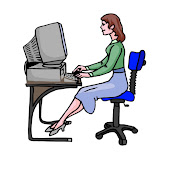 Exhausting. First, I stripped out too much from the story, then realized I needed to put much of it back in, just in a cleaner, tighter way. I had to cut the book into two books because of the length.
The sequel: Hostage to the Revolution, was published to finish the story. 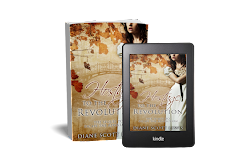 I'm glad I learned so much from books, workshops, and other authors. The knowledge has been worth it. I've been with my on-line critique group for sixteen years.
To find out more about me and my books, please visit my website: DianeScottLewis
Diane lives in Western Pennsylvania with her husband and one naughty dachshund.
Posted by Diane Scott Lewis at July 21, 2021