Hold the Advice or Live by it? By BC Deeks, Paranormal Mystery Fiction Author 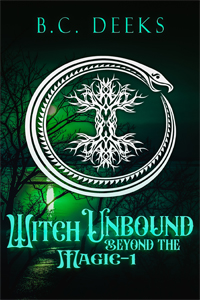 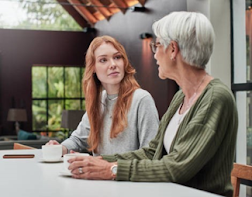 It’s taken me 64 years to learn not to teach others what it took me 64 years to learn myself. People must discover things themselves or it just doesn’t stick. That’s not to say I haven’t heard some really good advice that I wish I had known, or even listened to, over the years. For example. I wish I had known, Skip all the heartbreak and drama of teenage dating and just read a book until you’re 25 – Wish I'd had that nugget of wisdom at 15.
Ironically, now I collect advice sayings like tree ornaments and I even try to follow the sage wisdom to lead a more mindful life. Another one that I wish I had known way back is, Find your passion-Then figure out how to make money at it. I’ve known since I was twelve that I wanted to be an author, but my career took a very different direction.

I was a young woman in the ‘yuppy’ generation. We energetically threw ourselves at that glass ceiling determined to be the first to shatter it. I’ll admit I experienced some exciting adventures. In the early 1980s, I sat at a table with the CIA on one side and the KGB on the other! They didn’t speak to each other, but I spoke to both of them separately. Fascinating times. I also got lost in the warehouse district of Paris at midnight on another occasion and was rescued by a mysterious French businessman. He drove me back to my hotel and wished me fond memories of the city before disappearing again into the night. I’m not making this stuff up, but it sure does find its way into my writing.

It wasn’t easy being a single woman working in male dominated industries and traveling internationally. Computer security was an emerging field, and I was dealing with hackers, terrorists, and an emerging Dark Web. I was also rising into management, and sometimes encountered men who didn’t like a woman directing their work. Fortunately, there were also men along my journey who gave me a solid hand up. I’ll share another piece of advice I live by: What doesn’t kill you makes you stronger.

And I did eventually get back to my dream of writing and pour all those experiences into my writing.

Maybe I should have listened to some of the advice I was given when I was younger. I wish I had believed then that I would survive the tough times and grow from my experiences. My mother’s favorite advice to me was, And this too shall pass. She was a wise woman.

Do you have advice you live by? Or wish you had listened to when you were younger?