Literary vs Popular Fiction: How big is the difference really? By BC Deeks, Paranormal Mystery Fiction Author 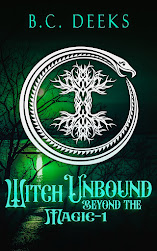 The prestigious ScotiaBank Giller Prize was announced in November, thus prompting my usual frustration with the bias that exists between literary fiction and what is most often referred to as popular or commercial fiction. What’s the difference you may ask? Well, the biggest difference in my humble opinion is in recognition, and maybe even respect.

The differences were never clear cut and are becoming less so with the emerging publishing landscape. Literary stories with crossover appeal have publishers, agents and even some readers referring to ‘upmarket fiction’ to further classify such novels although you won’t find that category on a bookshelf or on Amazon.

At first blush, one could say that popular fiction is written more to please the audience while literary fiction aims to reflect on the human condition. Genre fiction, it is argued, is more formulaic, but this is a response to its need to meet reader expectations. A ‘romance’ story must have a ‘happily ever after’ or it simply is not a romance. Yet within that expectation is an endless variety of paths with an even greater number of deviations. Our readers love to be surprised and delighted before they reach the anticipated ending. And didn’t Jane Austen’s, Pride and Prejudice end with a Happily Ever After?

Within the ongoing debate between popular versus literary fiction, most people argue four key points: theme/ scope, plot driven versus character driven, time/reputation, standard of writing. I would argue there’s also a fifth factor: money! Modern Literary Fiction holds only 16% of the market, whereas the top five most profitable categories on Amazon.com are: 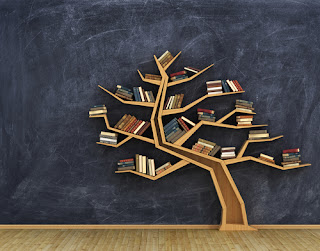 I think we can all agree that popular fiction leans towards more adventurous or sensational subject matter and they traditionally fall into convenient categories such as crime fiction, romance, science fiction, fantasy. In the new digital publishing age, those well-defined and predictable lines are breaking down and the blending of genres is commonplace. I write paranormal mysteries with romantic elements. Paranormal romance is one of the most popular subgenres. A renowned Canadian astronaut wrote an outstanding science fiction murder mystery!

What about the question of literary books having a deep theme that popular fiction lacks? In my current series, Beyond the Magic, three supernatural siblings lost their mother in childbirth and have a father who is too ambitious and career driven to focus on raising them. Together they must face life altering threats to their world and unravel an ancient prophecy. I would argue that is an overarching theme of the power of family ties that bind. Perhaps in literary fiction the emphasis on the theme is more overt than in popular fiction, but that depends on the author.

Some people say that literary fiction is more character driven while genre fiction is focused on plot, yet I, like most of the authors I know, spend considerable upfront time creating character profiles with associated emotional arcs that I carefully weave through my plot outline. Some author friends say it is a character who appeared to them first, anxious to tell their story.

Historically speaking, there are works of popular fiction that, solely through the passage time, have become elevated by those in authority to the status of literary classics, such as the works of Lucy Maude Montgomery or Daphne DuMaurier. And, alternatively, literary works have gained popular or commercial attention decades after publication, like Margaret Attwood’s, A Handmaid’s Tale.

The final and often snide criticism about popular fiction refers to its standard of writing. While my back instantly goes up at such comments, my objective self will admit there is a sliver of truth in this one factor. Not about standard from a quality perspective, but in level of writing. This again points back to the audience. Popular fiction authors want to reach as many readers as we can, so we write to the reading level of the majority of the population. We choose the best possible words to communicate the emotion, setting, and action required to move our story forward, draw our reader into our imaginary world and let them leave it feeling entertained. Most typically, literary fiction is profoundly philosophical about human nature and the meaning of life. Its audience does not expect it to conform to any scope and genre conventions, or language accessibility.

As the publishing world evolves, the boundaries between literary and popular fiction will continue to blur, although I don’t believe the two will ever completely merge. That fundamental difference in audience expectation will remain wedged between them for a long time to come.

My books may not be a good fit for the Giller Prize, but I am proud to write heartwarming stories of mystery and magic that readers from their teens to their nineties can enjoy. My neighbor recently sat beside her aging mother’s sick bed and swept her away by reading my latest book, Witch Unbound, to her. I hear she thoroughly enjoyed it! I am honored that I could do that for her as a writer.

BWL INSIDER BLOG PART TWO
CONTEST ALERT!!! There is a $100 (CAD) Walmart gift card up for grabs from BWL Publishing! Please note this gift card is in CANADIAN DOLLARS so must be used in Canada or from the Walmart Canada site. To enter all you have to do is answer 6 questions about our Canadian Historical Brides Collection. Go to the Canadian Historical Brides webpage
https://bwlpublishing.ca/authors/canadian-historical-brides/
where you will find all the answers in the blurbs listed beside each book. Then answer the questions by sending me an email at emilypikkasso AT gmail.com with JANUARY CONTEST in the subject line. PLEASE DO NOT POST COMMENTS OR ANSWERS IN THIS THREAD The winner will be announced on January 31, 2023. Ready? Here are your questions:
Good Luck!
Posted by BC Deeks at January 14, 2023